It’s early August 1988. Blue Rodeo’s Jim Cuddy and Greg Keelor have stepped out onto the stage in Hamburg, New York to headline the local county fair.

Almost immediately, the Toronto band is booed by the audience. They’re not new to the scene.

Keelor and Cuddy had been playing together since the 1970s. Their band’s single “Try” was a Top 10 hit. But something about that crowd, that venue, that moment, went horribly wrong for Blue Rodeo.

The terrible experience turned into inspiration for the band's next hit, “What Am I Doing Here?”

This became one of the most important lessons of Blue Rodeo's 40-year success: Don't take yourself too seriously.

Listen: What Am I Doing Here?

On this useless night,
with you so far away
I stand in front of this ferris wheel,
and I wonder what am I doing here?

Jim Cuddy and Greg Keelor had spent much of their 20s living in different cities and exploring adulthood before returning to Toronto, where they placed a call in NOW Magazine for other musicians to join them. Bassist Bazil Donovan responded to the infamous advertisement.

Like a lot of bandmates and friends, Jim Cuddy and Greg Keelor met at their North Toronto high school, where both played on the football team.

The two stayed in touch and started playing together after university, first as a group called the Hi-Fis. The band tried to make a go of it in New York, but the best thing that happened while they were there was meeting music producer Bob Wiseman, who would join them on keyboard.

By 1984, the trio had their name and would take on two other members, drummer Cleave Anderson and bassist Bazil Donovan, who responded to a now famous ad in NOW Magazine.

When we came back [from New York in 1981], there was a defined sound, and Handsome Ned had defined it. Coincidentally, it was our sound, too.

From Outskirts to Mainstream

From Outskirts
to Mainstream

The following year, during a show at the Rivoli music venue in Toronto's Queen Street West, they were spotted by Handsome Ned. Ned was a singer-songwriter who was the catalyst for the alt-country and roots revival music scene that was emerging in Toronto.

Handsome Ned paved the way for a new interest in country music, not just for Blue Rodeo, but for other now-iconic bands, like the Cowboy Junkies, Skydiggers, and others. Two nights after Blue Rodeo’s first gig at the Rivoli, the band opened for Ned at the nearby music venue, the Horseshoe Tavern.

Blue Rodeo quickly gained a following, based on a rigorous touring schedule that saw them cross Canada multiple times over the next few years.

They were signed to Toronto label Risque Disque and started working in the studio with Rush producer Terry Brown on their first full-length album, Outskirts.

Although that album features some of the band’s best known songs, the initial reception was lukewarm. Only after the release of its second single, “Try” -- a soaring ballad -- did  Blue Rodeo start to experience commercial success.

At the time, Greg Keelor recalls, many members of the band had full-time jobs, working all day and playing shows at night.

Like all parents of musicians, Jim's dad was concerned about their success. An engineer who was more comfortable with numbers, he'd count the cars in the parking lot at their shows.

When they played to a sold-out crowd at Ontario Place's Forum in 1988, he stopped worrying.

Blue Rodeo released four studio albums over the next five years, growing more confident with each one. Music critics have described this set as being unlike any other Canadian artist's canon. Each of these delivered hits for the band, receiving radioplay, and spurring a legion of fans. However, it was the last album, Five Days in July (1993), that cemented their place in Canadian music history.

Considered their most commercially successful album, it was originally intended as a demo but the album's spontaneity and laid-back warmth led to its release and popular reception.

The Polaris Slaight Family Heritage Prize poster for Five Days in July by Blue Rodeo evokes the natural landscapes depicted in the album.

"Down in the middle of Lake Ontario..."

Listen: Hasn't Hit Me Yet

I was just walking into Port Hope […]
and the snow started to fall
and we got this shared
Canadian experience of watching snow.

Stardust &
Other Side Projects

As the band toured for their sixth album, Nowhere to Here (1995), including a disastrous show at Maple Leaf Gardens, they realized they needed a break from recording and performing.

The short hiatus culminated in solo projects, including albums for both Keelor and Cuddy that sounded distinctly different from their songwriting partnership.

The pair also launched their low-key Stardust Picnic festival series in 1996 with a show at Fort York National Historic Site in Toronto, long before the outdoor Garrison Common welcomed TURF and the Arts & Crafts festivals. Through the Stardust festival, they began to mentor other artists, like Amy Millan of Broken Social Scene, who opened for them early in her career.

When they returned to the studio two years later, they were refreshed. Although its membership has changed, Blue Rodeo has remained a consistent force in Canadian music.

In 2015, the band released a critically acclaimed live album at the legendary Massey Hall in Toronto to celebrate their dozens of performances there. Check out the album's video trailer.

[Montage of band playing on stage. Overlay text reads "Blue Rodeo Live at Massey Hall," "A 14 track collection including," As each new track begins, its title appears on screen. The order is as follows "Bad Timing," "DIamond Mine," "5 Days in May," "After the Rain," "Disappear," "New Morning Sun," "Lost Together".]

Audio
"You know it's always a big event to come to Massey Hall."
[applause, cheering]
[country blues music]
♪ It's me, what a big surprise
Calling you from the restaraunt round the bend ♪
[country rock music]
♪ Well our love shines
Yea our love shines
Like a diamond mine ♪
[country blues music]
♪ They met in a hurricane
Standing in the shelter out of the rain
She tucked a note into his hand ♪
[pop ballad]
♪ Oh after the rain
Ohhh ohhh after the rain
[vocalizing] ♪
[country rock music]
♪ You closed your eyes
You made a wish
You laughed and looked at me and said
What are you still doing here
That was before I learned how
To disappear ♪
{country rock music]
♪ Gotta rise up
Rise up and take the sky like a new morning sun
If we walk away
Then we walk away never knowing what we could have done ♪
[rock ballad]
♪ In your eyes I see that perfect world
I hope that doesn't sound too weird
And I want all the world to know
That your love is all I need
And if we're lost
Then we are lost together♪
Thank you very much
[applause]
THank you all very much, you've been amazing good night.
[applause]
[Photo of the "Blue Rodeo Live at Massey Hall" album appears over footage of band leaving the stage.]

Greg Keelor and Jim Cuddy have also helped foster the next generation of Canadian talent: the band has been supportive of performers like The Sadies, Cuff the Duke, and Justin Rutledge, and collaborated with countless others.

The members of Blue Rodeo have also demonstrated their progressive politics: In 1988, when the 14th G7 summit was held in Toronto, the band wore "Feed the Poor" t-shirts on stage, to protest the $8-million international gathering of the heads of the world's richest countries. They’ve since played benefit concerts in support of indigenous rights, nuclear disarmament, and the west coast rainforests.

Their 2015 song, “Stealin’ All My Dreams” is their most overtly political tune: the stand-alone single was released to encourage voter turnout in that year's federal election.

"Stealin' All My Dreams"

Watch: Stealin' All My Dreams

Listen to Blue Rodeo's roots-rock protest song, "Stealin' All My Dreams", which explores some of the political issues at the heart of the 2015 federal election in Canada.

Courtesy of Blue Rodeo. Please note: This third-party video does not have closed captioning.

[Grainy black and white video of two men - Jim Cuddy and Greg Keelor of Blue Rodeo - playing guitar in an alleyway with a whitewashed brickwall and parking signs. Over top of the video, a number of statstics and other facts related to Canadian politics appear.]

Whatever happened to our democracy?
Well, this train came into town, the Reform Party
Little King, Stevie, & his monarchy
Behind the closed doors of corporate-ocrasy

‘Cuz I love the rivers & I love the stream
But, I’m scared for the children & the babies
I love the forest & I love the trees
Have you forgotten that you work for me?
You can start by honoring a treaty

Native women, not a priority
Sometimes I wonder... just how you sleep?

You’re stealing all my dreams... ♪

In 2018, Greg Keelor and Jim Cuddy were inducted into the Order of Canada for their contributions to music and charitable causes.

Other honours for the band have included 12 JUNO Awards, a Slaight Family Polaris Heritage Prize, and a star on Canada’s Walk of Fame, just a few blocks south of the Rivoli, where it all started. 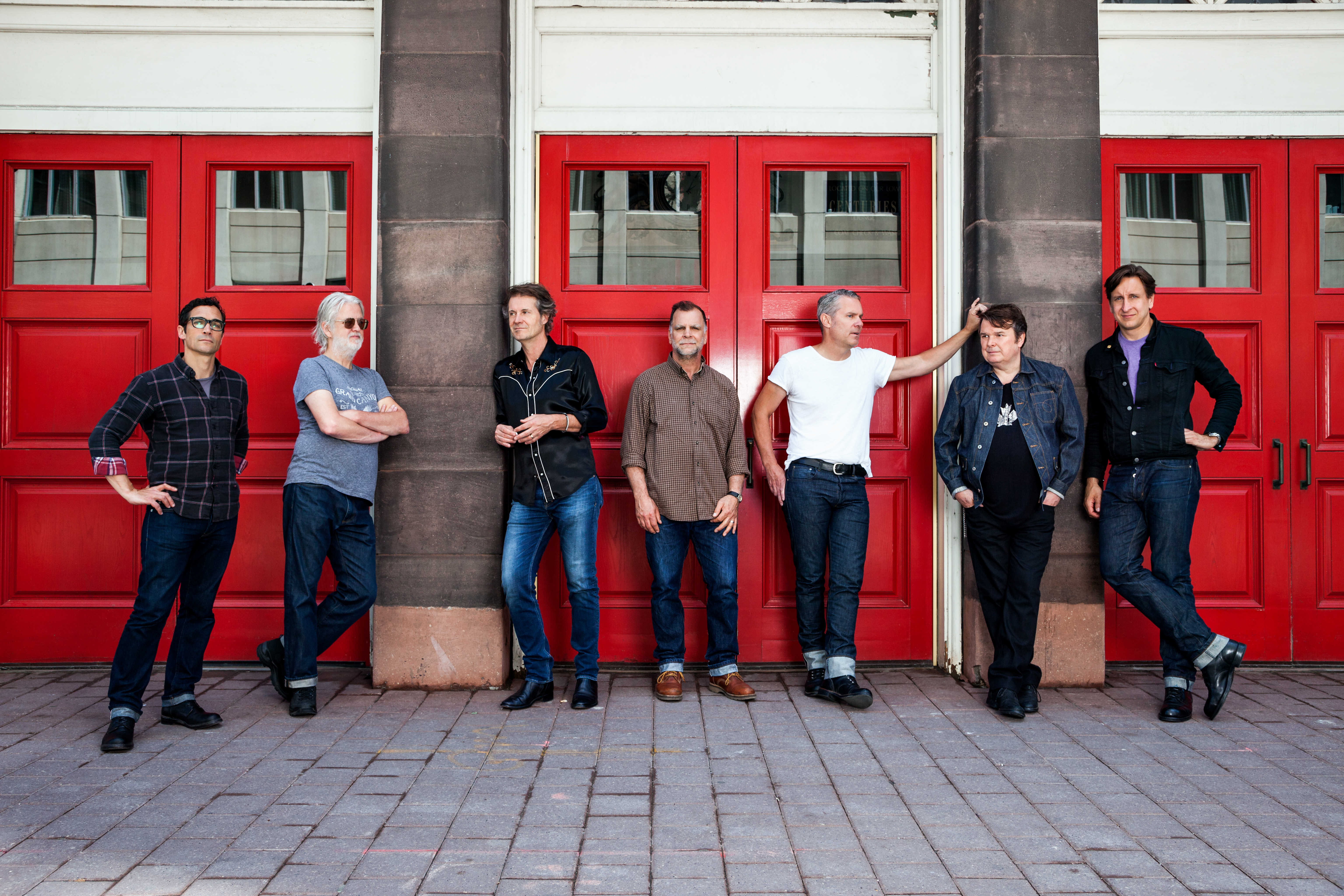 I see a world that's tired and scared
of living on the edge too long
Where does she get off telling me
that love could save us all?

The Sound of Canada

That’s the sound of Canada! That’s as close as I’ve ever heard to the sound our country makes! The high harmonies in Blue Rodeo’s best songs reflect to me the vastness of our country. 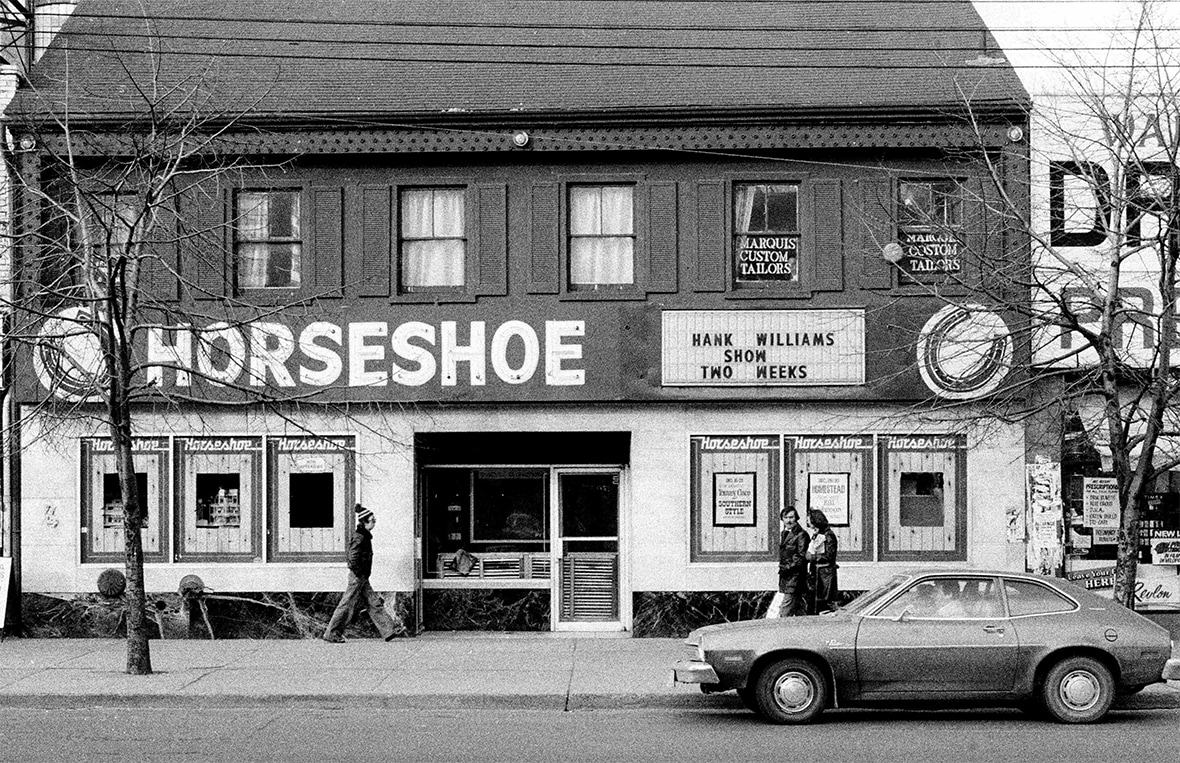 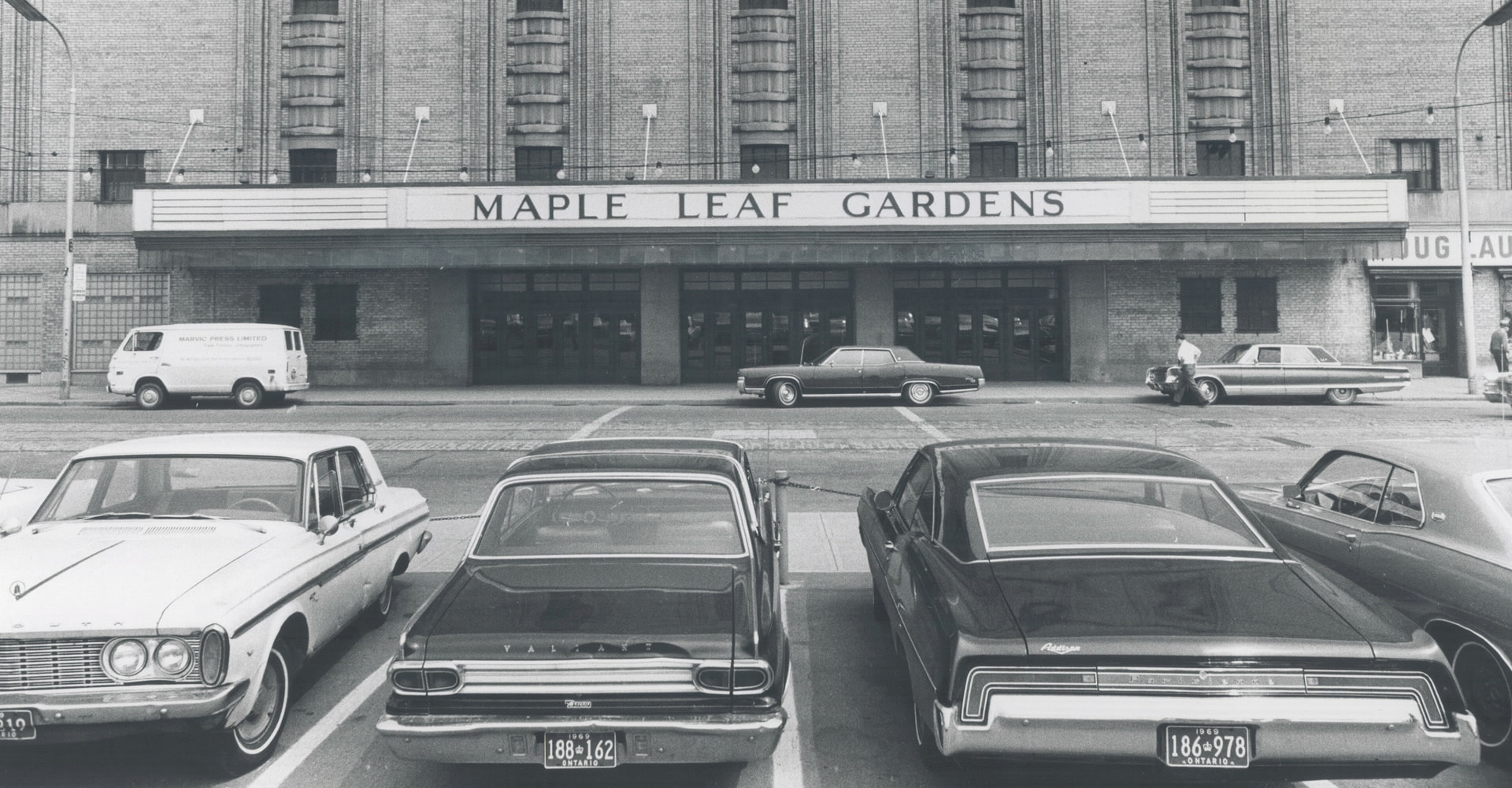 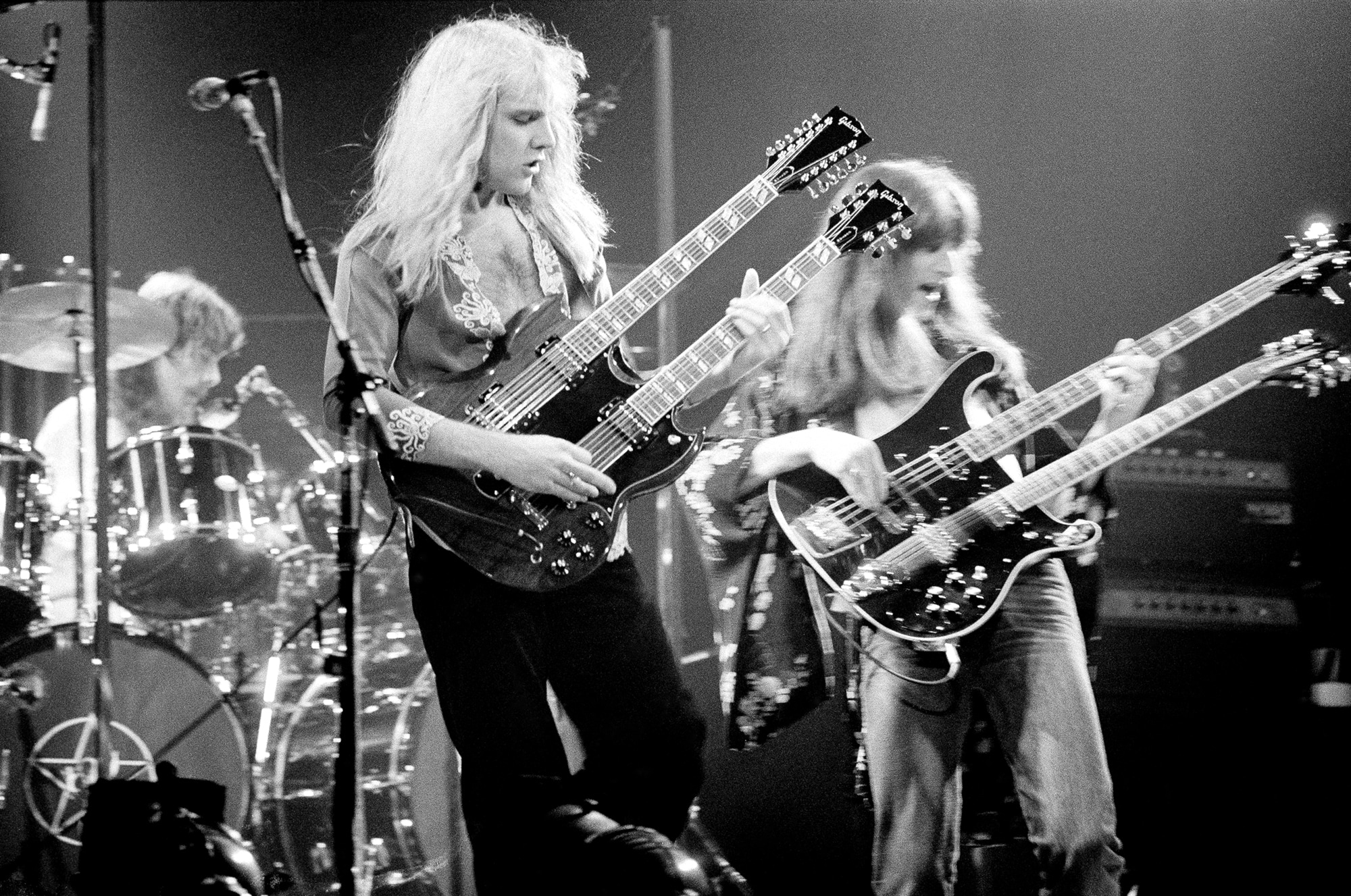